Major changes began taking place as Emory Coblentz  continued his reconstruction of the Frederick Railroad system.  Orders for newer, larger trolleys began to be placed but his vision involved more than the railroad.

Despite the merger the two ends of the system continued to run with little changes to their operations, but could more easily share equipment.  In 1917, a fire leveled the carbarn at Summit & Howard Streets in Hagerstown destroying nearly all of the trolleys based out of Hagerstown.  A series of new "Nearside" city trolleys were purchased as well as the first two steel sided interurban cars that would become the company signature.  With the success of #168 and #169, three more near-identical cars were purchased with the last being delivered in 1921.  the five "168 series" cars would be seen on branch line and main line alike.

Coblentz's focus however was not on the trolleys but rather the power, and spent the decade buying up power companies and other trolley systems in the region to integrate into the Hagerstown & Frederick Railway's power grid.  A sign of things to come. 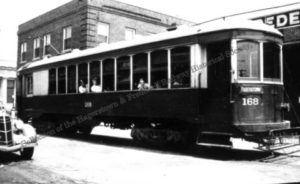 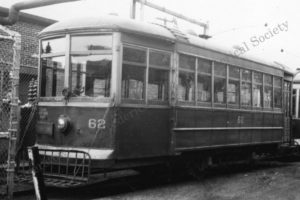 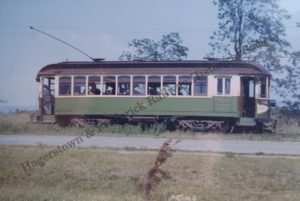 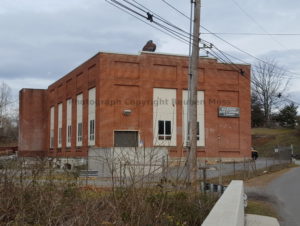 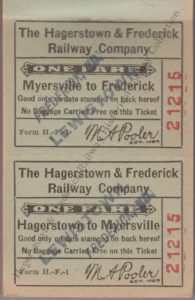