The advent of World War II brought a revival to the Hagerstown & Frederick Railway.  Gas rationing meant that passenger service was once again in demand and electric rail more cost effective.  Even moreso was the increase in freight service as the U.S. Army transitioned its camp Detrick, once a simple airfield, into a research base and constructed a metal salvage and sorting facility just outside of the city of Frederick.

While similar systems had closed for good in the 1930s and it had seemed like the H&F was destined to do the same, the war kept the railway alive and by 1944 freight volume had grown so significantly that several new freight motors needed purchased.  While the company still used the 1910 Baldwin switchers and Freight Motors 5, 6 and 8, it added a boxcar shaped motor #9 built by the Washington & Old Dominion Railway, two "steeplecab" style electric locomotives numbered 10 and 12, and a massive 52-foot long freight motor purchased from Capital Transit which was given the number 1.

While agricultural and manufacturing goods continued to be transported regularly by the system, gondolas of scrap metal became the most common sight on the Thurmont line.  Much of the metal came from European battlefields to Baltimore on ships where the Western Maryland Railway could bring it to Thurmont.  Thurmont residents would play host to the eerie wreckage of planes and tanks of various origins and recovered ammunition shells that filled the train cars before H&F motors would haul them to Frederick.  On the south end of the city along Jefferson Street, the Army salvage center had a 7-track yard where the cars would be deposited.  There unexploded ammunition would be detonated in a bunker if needed, while the vehicles and shells were shredded and sorted into empty cars for transport back to the Western Maryland and beyond to the steel mills. 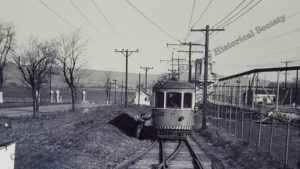 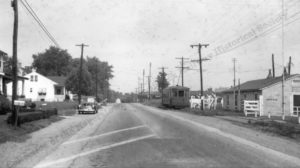 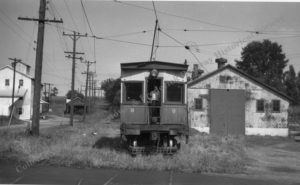 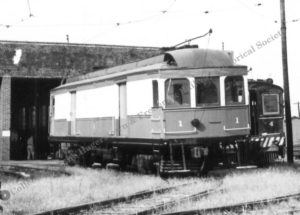 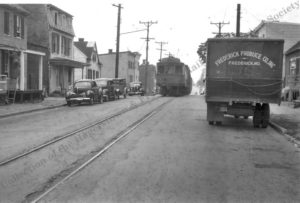 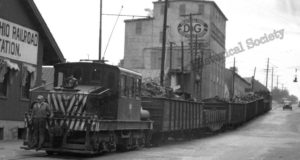