After the end of service, enthusiasm for the H&F continued.  Anniversaries were celebrated, films and records were sold and to this day reproductions of photographs are available from members of photographers' families.  In the 1960s and 1970s several magazines published articles and models associated with the line and in the 1980s collectors including Hagerstown native and former radio personality Carroll James prepared slideshows about the company's rich history.

In 1993 as Mr. James was preparing to publish his slideshow as a commercial documentary, Myersville resident Donald Easterday discovered one of the trolleys near Gambrill State Park and relocated it to his property to become the centerpiece of a new Myersville Trolley Festival held around the restored car for the next 15 years.  The festival and release of the documentary revived interest in the railway and ultimately inspired the founding of the Hagerstown & Frederick Railway Historical Society.

Today small exhibits can be found at the National Capital Trolley Museum, Heritage Frederick Museum, Hagerstown Roundhouse Museum and others in the region.  Archives of photographs and documents can be found at the same and elsewhere.  Many individuals have collected photographs and artifacts over the years to keep in their private collections as well.

Below are a few more items found in the H&FRHS Archives.

Our mission is to preserve and promote the heritage of this system and our goal is to provide an ever growing repository of research materials that allow for a thorough understanding of the Hagerstown and Frederick Railway.  If you have any objects related to the H&F that you would like to ensure are preserved for future generations please feel free to contact us to discuss donation or duplication. 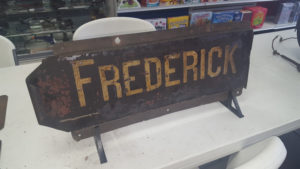 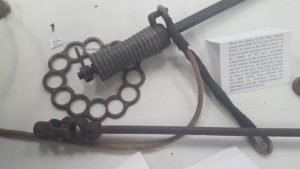 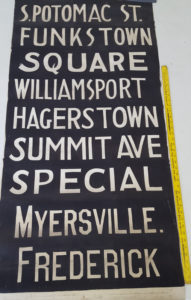 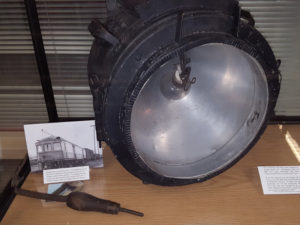 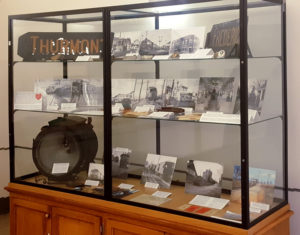 A small exhibit of artifacts from the Society Archives at Thurmont Library in November 2019. 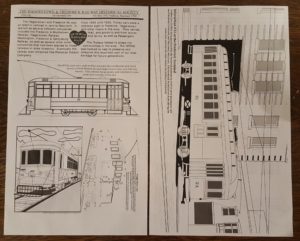