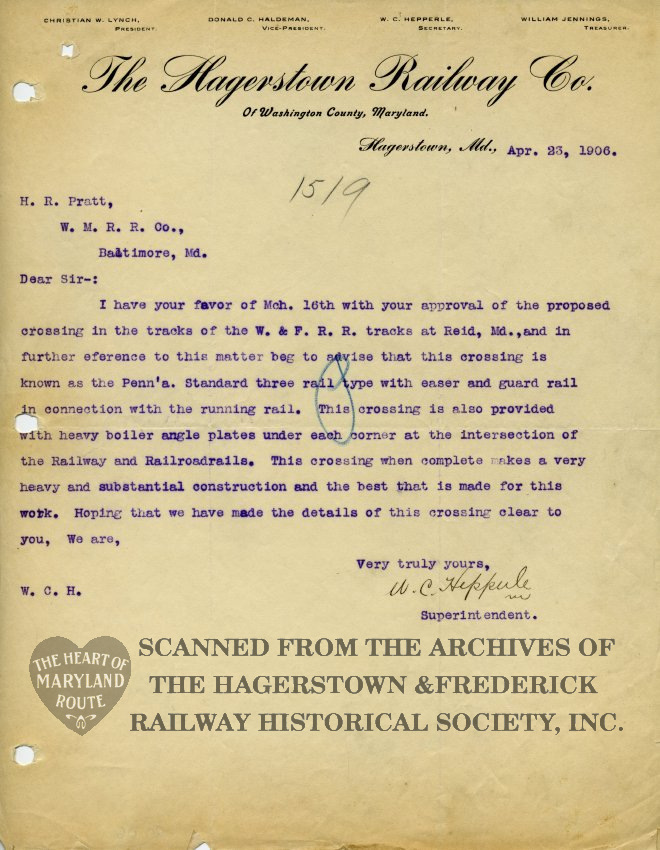 This typed letter signed by William C. Hepperle, the Superintendant of the Hagerstown Railway, is written to H. R. Pratt of the Western Maryland Railway describing in detail the construction of a proposed railroad diamond near Reid, MD just below the state line where the newly constructed trolley tracks toward Shady Grove, PA were being installed.  The route in this letter refers to the Washington & Franklin Railroad (W.F.R.R.) which was one of the early names of the Hagerstown Northern route of the Hagerstown Railway.