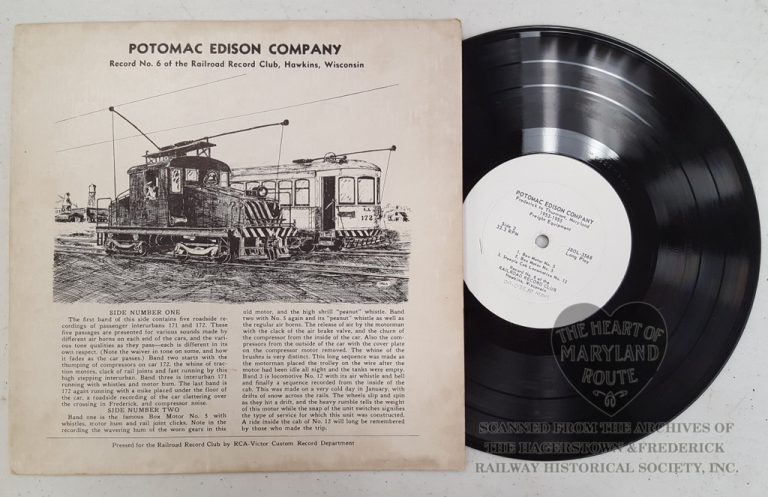 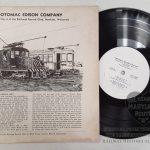 In 1953 and January 1954, William Steventon recorded audio of Potomac Edison operations between Frederick and Thurmont.  These include sounds of cars 171 and 172 as well as extensive recordings of freight motor #5 and steeplecab #12.

The Society has several copies of Mr. Steventon’s official release of these recordings under his Railroad Record Club title where the record was identified as record #6.

This object is a CD provided to the society by Kenneth Gear who acquired the Steventon estate and recordings.  It includes a newly remastered version of the record taken from the original reel-to-reel tape as well as additional recordings made by Steventon which were never published.