The four cars of the 150-153 series were built to serve the Columbia Street Railway Gas & Electric Company in South Carolina.  During WW1 these cars served on the "Camp Express" from Columbia to nearby Camp Jackson.

In 1923 the Hagerstown & Frederick Railway purchased the cars and assigned them to Hagerstown area service, most notably Boonsboro and Funkstown runs.

The 150-153 series served various uses after retirement and there is some confusion surrounding exactly which cars were used as a restaurant and later a hose drying shed for a Frederick fire company.

What is known is that 150 was discovered as a portion of a home near Gambrill State Park.  Prominant Frederick County businessman Donald Easterday purchased the car in the early 1990s and in 1994 moved it to his property in Myersville where it became the centerpiece of the Myersville Trolley Festival through 2011.  The H&FRHS assisted the Easterday family in maintaining the car until it was purchased and relocated by the Town of Myersville in 2017.  Beginning in Summer of 2019 the car will be displayed inside the new Myersville Public Library. 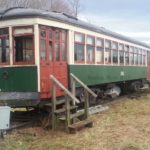 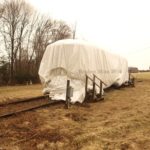 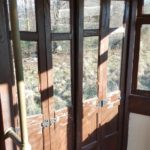 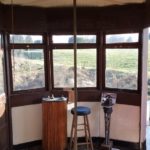 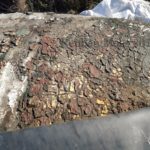 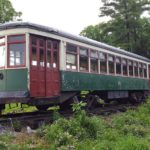 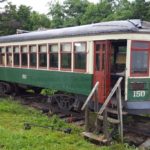 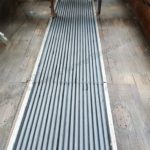 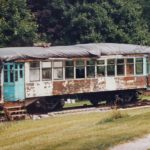 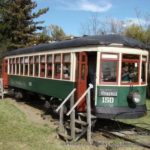 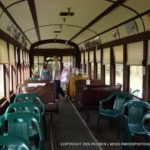 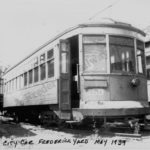