The four cars of the 150-153 series were built to serve the Columbia Street Railway Gas & Electric Company in South Carolina.  During WW1 these cars served on the "Camp Express" from Columbia to nearby Camp Jackson.

In 1923 the Hagerstown & Frederick Railway purchased the cars and assigned them to Hagerstown area service, most notably Boonsboro and Funkstown runs.

The 150-153 series served various uses after retirement and there is some confusion surrounding exactly which cars were used as a restaurant and later a hose drying shed for a Frederick fire company. 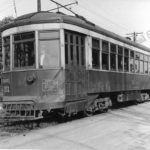 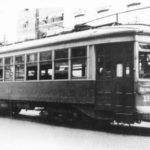