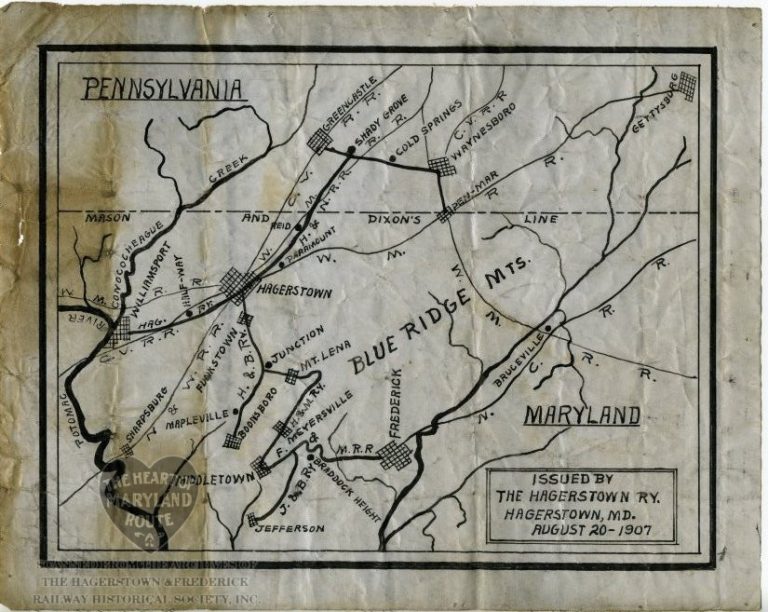 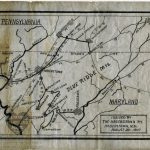 This original hand drawn map on linen completed in 1907 was copied as the system map for several subsequent Hagerstown Railway timetables.  In comparison to other system maps this bears an exaggerated route over the mountains.

The map shows the Hagerstown Railway system prominently while also showing the Frederick & Middletown route which the railway connected to in Myersville.  Missing from the map is the Monocacy Valley Railroad (aka at the time Frederick, Thurmont & Northern) which had not yet become the Washington, Frederick & Gettysburg Railway.